We hope that in September 2022 it will be possible to have a real-life event. To this end, we will closely monitor the developments of covid measures, and we’ll keep you up to date on the implications for Catalysis Connected 2022 . Catalysis Connected 2019 was held in Museum Speelklok in Utrecht. Below you can read more about this stunning venue.

Museum Speelklok collects, preserves, presents and restores an extensive and internationally renowned array of self-playing mechanical musical instruments. The museum houses one of the world’s foremost collections of automatic musical instruments and one of its major roles lies in spreading its knowledge of the collection to a wider audience.

The museum was founded in 1956, following a successful exhibition entitled “From Musical Box to Street Organ” held in that same year. The museum opened its doors to the public in 1958, when it’s home was in a wing of what is now St Catherine’s Convent, in the Lange Nieuwstraat in Utrecht. The Utrecht Foundation for Municipal Recreation, as it then was, and the Friends of the Mechanical Organ – a group which continues to be active to this day – took the initiative and oversaw the birth of the National Museum ‘From Musical Box to Street Organ’, as the museum was then called.

The museum’s aim was – and still is – to encourage interest in self-playing musical instruments. The large numbers of visitors to the museum confirmed that this aim was being achieved in practice from the very earliest days. The collection itself grew steadily and by 1971 it needed a larger home and moved to the former Main Post Office, on Achter den Dom 12 in Utrecht. The museum soon outgrew these premises as well, and in 1984 it moved to the fully restored ‘Buurkerk’, itself dating from the Middle Ages, where the renamed Museum Speelklok is still to be found today. So far, about 2 million visitors have made their way to the museum in the Buurkerk. After major refurbishment work in 2004 and 2005, the building is now fully modernised and offers a welcoming environment for its visitors and a worthy home to the museum’s collection of more than 1,100 instruments. 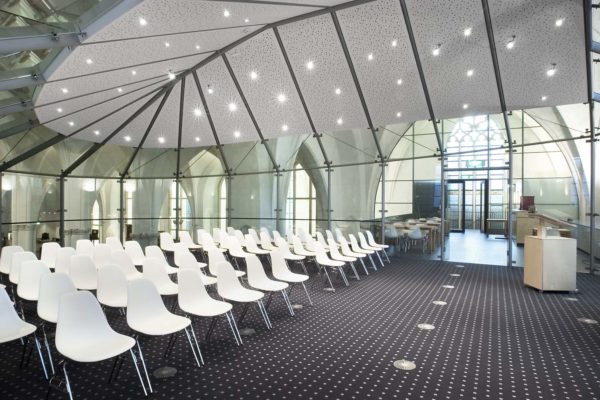